Welcome to Fuqua Development's Media Room. Here you can find the most recent company news, project updates, and any media outlets covering Fuqua Development.
Fuqua Development shows in the media on a continuous basis, we invite you to check back frequently to stay updated on the ongoings of our firm. Check our archives section to discover any articles that may not be displayed.
Amazon HQ2 Bid
CBS 46 | January 22, 2018

A video look at the Amazon HQ2 Bid in Alpharetta, GA.

Garden & Gun, the Southern lifestyle magazine based in Charleston, is getting into the restaurant business. A new website confirms that the Garden & Gun Club will be opening at The Battery, the ambitious complex that's part of the new Braves stadium in suburban Atlanta. Punch Bowl Social, the 25,000-square-foot restaurant, gaming center, and arcade, will open its first southeastern location on Saturday, March 24 at the Battery Atlanta. The restaurant portion will include a menu of dishes from Top Chef judge Hugh Acheson as well as beer, wine, and cocktails. Expect games such as ping pong, shuffleboard, skee ball, bowling, bocce ball, a classic arcade, and karaoke rooms to also be offered. Grassroots efforts to open a sorely needed public greenspace near Atlanta Waterworks for the city’s burgeoning Westside have been percolating for a decade. Or more. The restaurant is one of several in the new shopping center and its located near the new Aldi store. The address is 2502 Blackmon Drive, Suite 830. 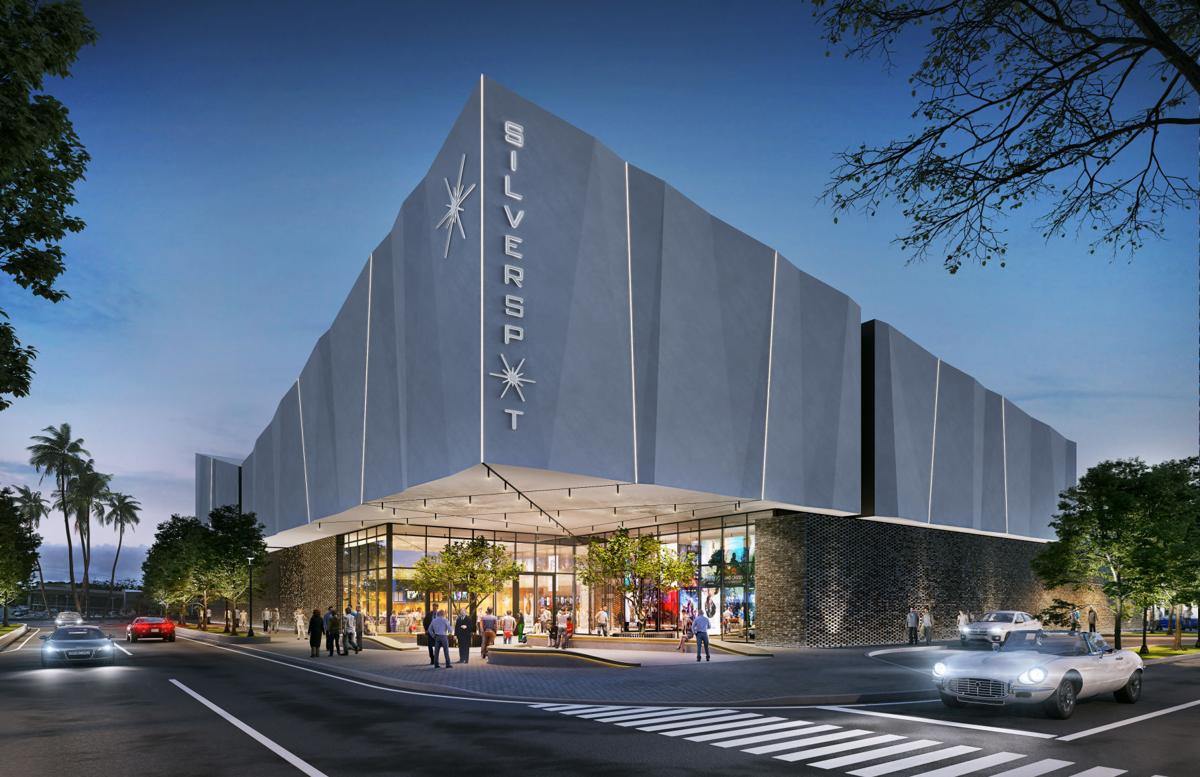 The newest addition to the roster at The Battery Atlanta will be a 38,000 square foot movie theater expected to open in 2019.

Silverspot Cinema will operate the theater, which is expected to feature multiple screens as well as a full bar and in-theater dining, according to a news release from the Braves Development Company, which owns and operates the Battery. 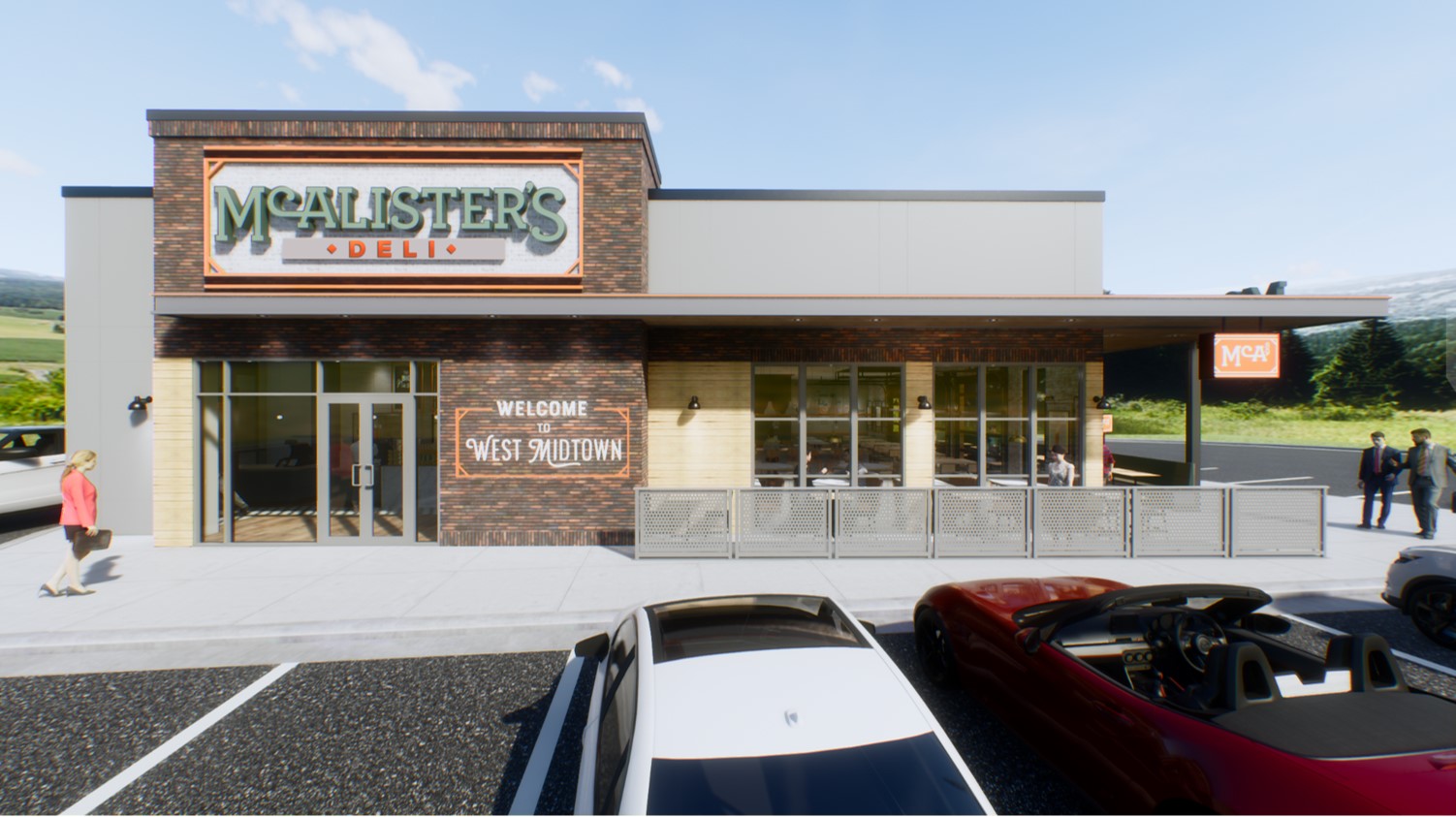 Situated at 1299 Northside Drive in the development more commonly known as Northside & 17th, the forthcoming McAlister's Deli will the first in Atlanta and will be a new prototype and "test location" for the restaurant chain. The Lakeland, Fla.-based grocery giant is actively scouting sites for GreenWise and is close to committing to a project, according to several sources in the market. The initial roll out in metro Atlanta could be three to five stores. 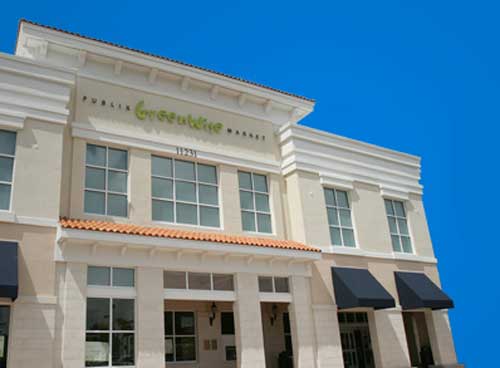 ATLANTA, GA - Publix is bringing its Sunshine State-based GreenWise Markets to Georgia with its latest plans for expansion. Organic, natural, and specialty foods store-headquartered in Lakeland, Florida-is looking at sites in the Peach State, according to Atlanta Business Chronicle, with plans to unveil three to five stores in the metro Atlanta area. In addition to Atlanta locations, the company has three stores in the works-Tallahassee and Lakeland, Florida, and Mount Pleasant, South Carolina.

The mixed-use development has been under construction since 2017, and includes plans for a CineBistro dine-in movie theater, a two-acre town green and more than 70 "upscale townhomes," according to the city’s website. 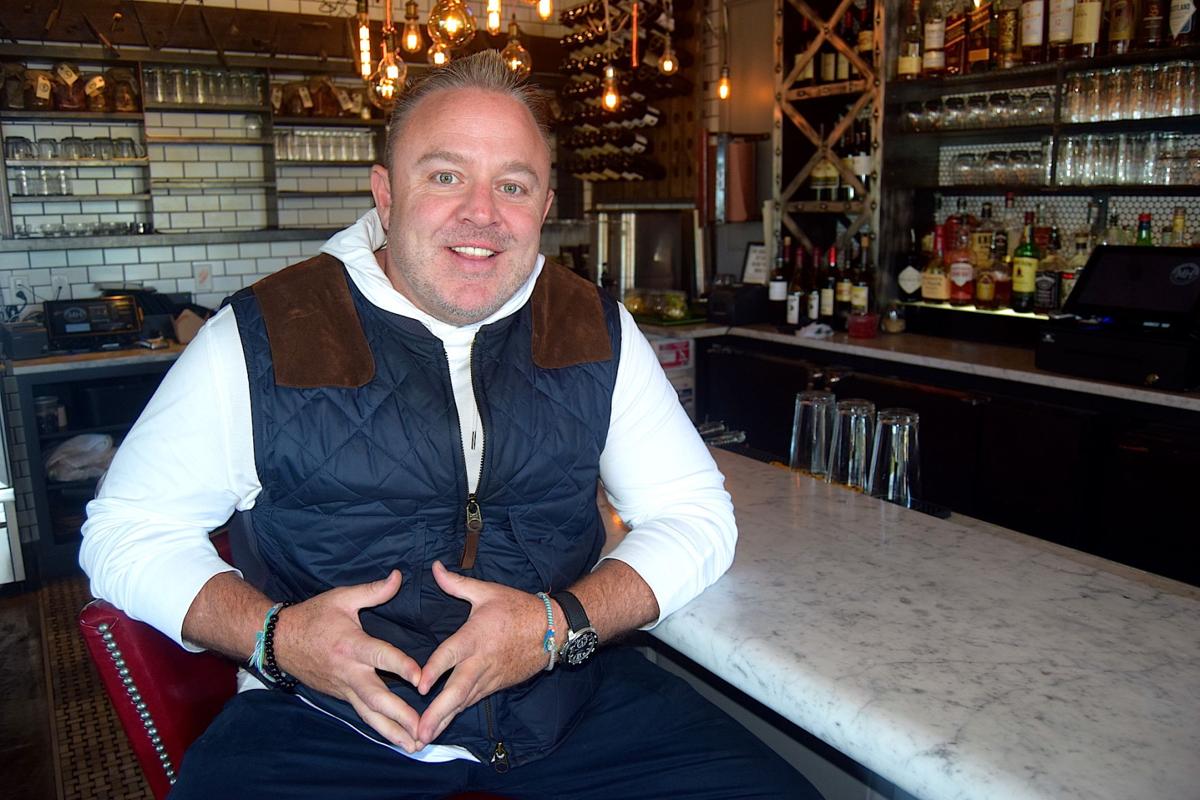 A popular restaurant brand that is run by a former Food Network star, and has a location in Duluth, is coming to Peachtree Corners.

Willie Degel confirmed to the Daily Post on Monday that he is close to finalizing a leasing deal to bring his Uncle Jack's Meat House brand to the Town Center development that the city and Fuqua Development are working on.

Atlanta's rampant grocery store wars may have claimed a handful of locations, but the region's growth is expected to keep the fire under new store growth.

The Fresh Market recently announced plans to shutter 15 stores across its chain, including two locations in Metro Atlanta: Snellville and North Druid Hills. The upscale grocer will continue to operate eight metro-area stores, including in Marietta, Dunwoody, Alpharetta and Buckhead. The Fresh Market operates more than a dozen stores in Georgia. 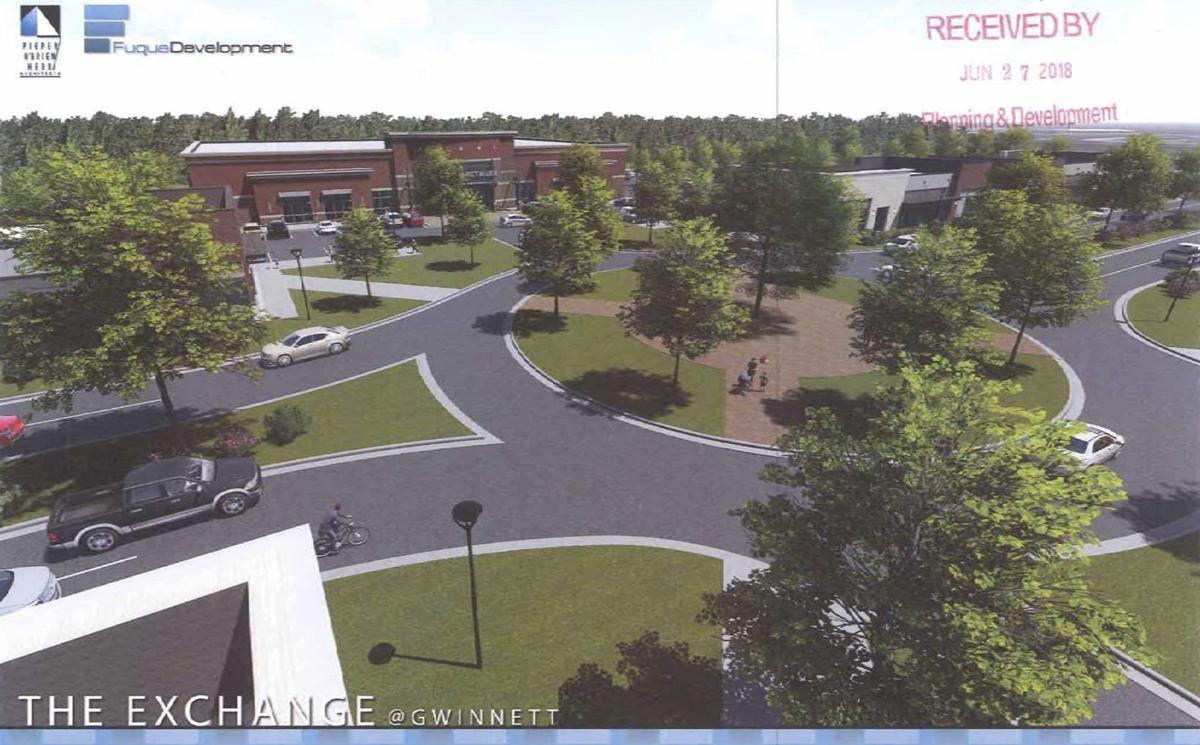 The developer behind Peachtree Corners' Town Center project and The Battery at SunTrust Park is looking to build a 64-plus-acre mixed-use development with about 500 residential units near the Mall of Georgia.

Fuqua Development recently filed an application for county approval of The Exchange at Gwinnett, which would be located at the Buford Drive and Interstate 85 interchange. Along with residences, plans call for an indoor and outdoor entertainment facility with a golf driving range and possibly a hotel, fitness center and retail.

Lazy Dog Restaurants of Huntington Beach, Calif., which now has 26 restaurants in California, Colorado, Nevada and Texas, is proposing to open at Fuqua Development's Town Center in Peachtree Corners. 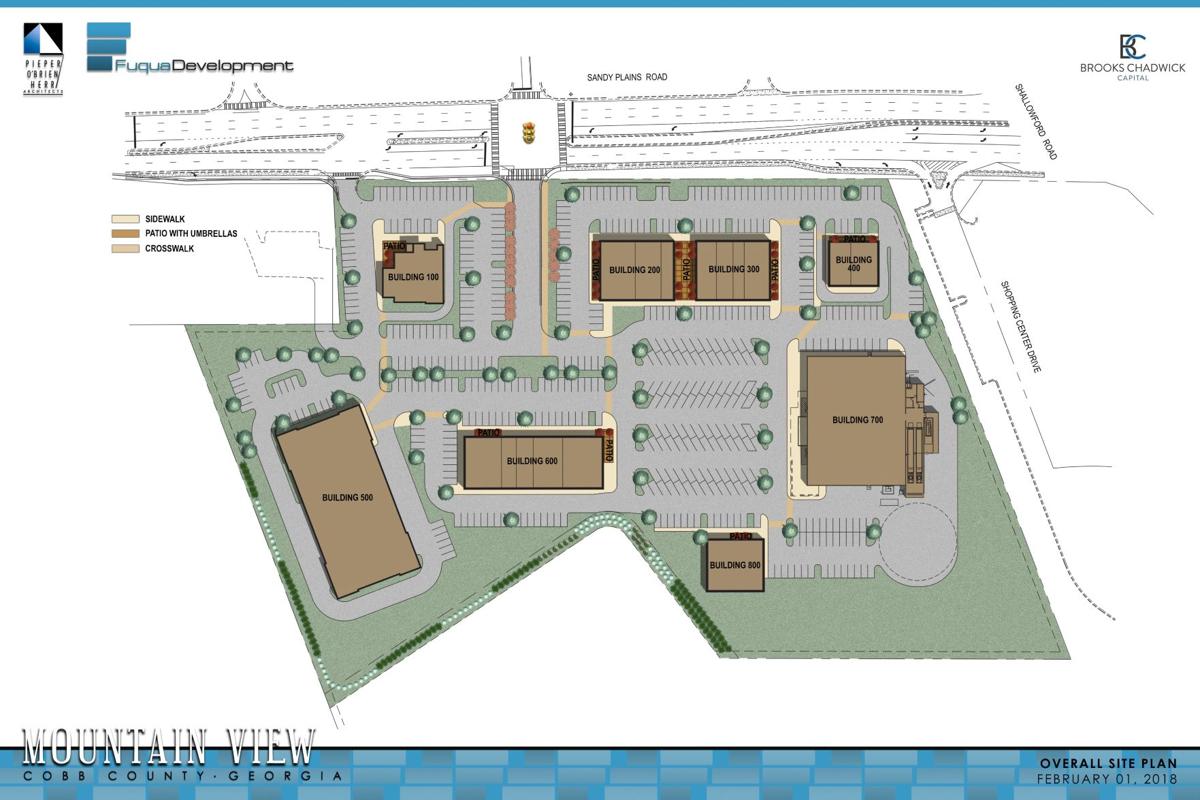 A deal has been reached to bring a mixed-use development worth approximately $50 million to the site of the old Mountain View Elementary School along Sandy Plains Road as soon as next year.

The 13.8-acre site will include restaurants, high-end retail shops, a 110,000 square-foot self-storage facility and Georgia’s first GreenWise, which is Publix Supermarket’s foray into the organic grocery market, a source close to the deal said Wednesday.

Construction is about to start on metro Atlanta's first GreenWise Market, a new store concept from Publix Super Markets Inc.

The 25,000-square-foot is coming to East Cobb, at a project from Atlanta-based Fuqua Development LLC.

The site is at Sandy Plains and Shallowford roads, the former Mountain View Elementary School. The GreenWise store would be part of a larger shopping center, Sandy Plains Marketplace, that will include other shops and restaurants. 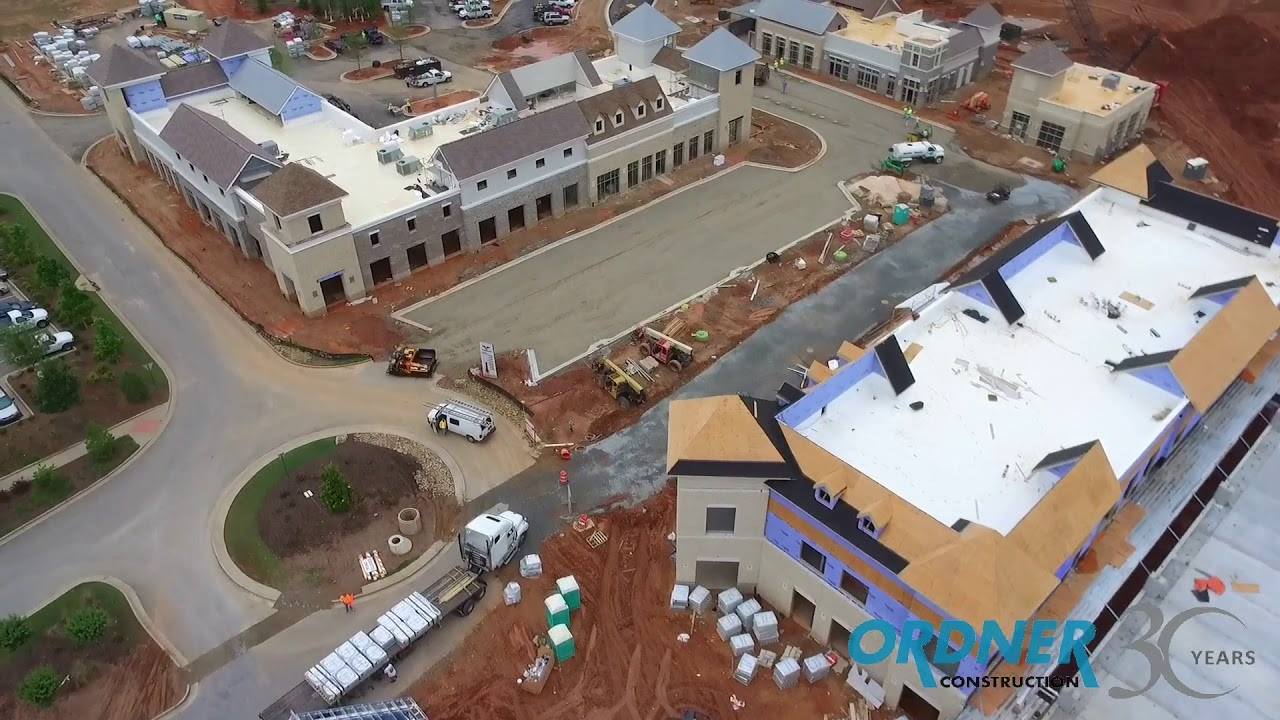 Fork U Concepts will open Taqueria Tsunami at the under-construction mixed-use development early-2019. 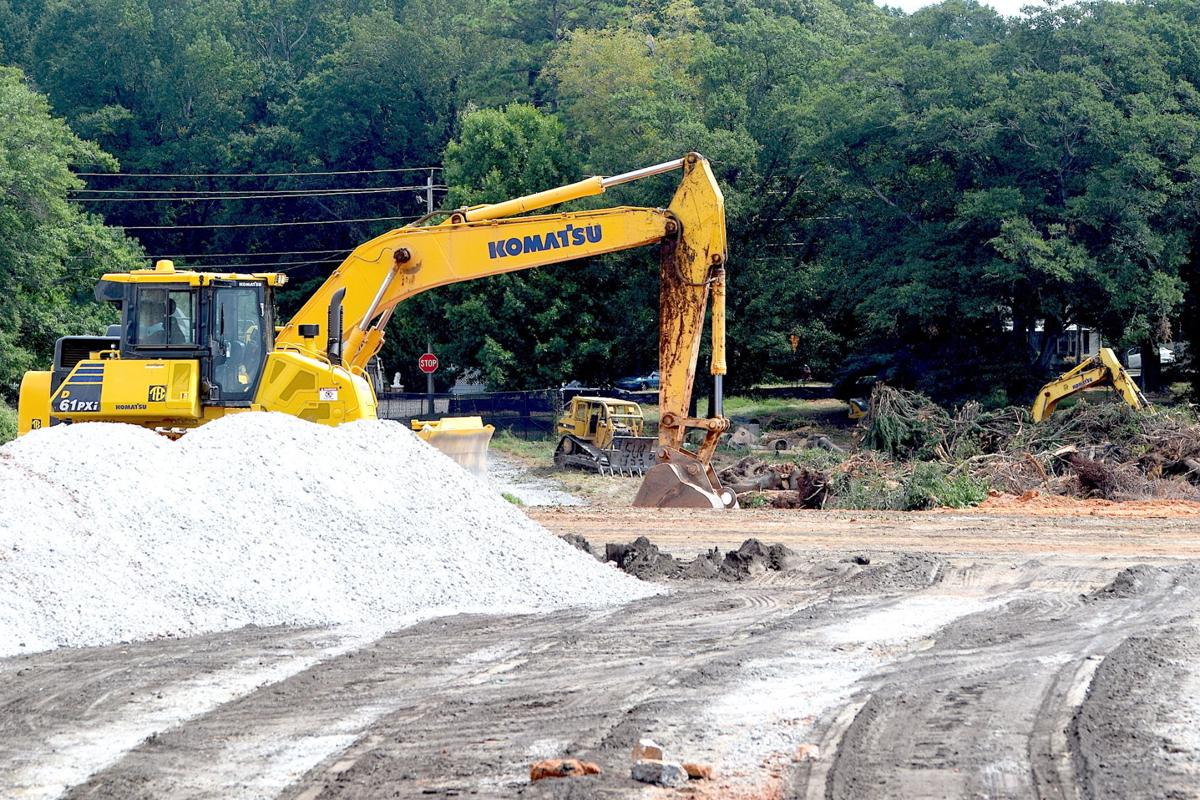 When it was announced that the Novare Group and George Berkow Inc. would be working with Lawrenceville officials on the city’s SouthLawn project, it turned some heads around the state.

Both George Berkow and Novare Group’s Jim Borders are known for their multifamily and mixed use developments in the heart of Atlanta. Borders in particular had been involved with midtown high rise developments, such as Spire and Metropolis.

The planned mixed-use center on the site of the former Mountain View Elementary School will be anchored by a 25,000-square foot GreenWise Market, which features organic and natural groceries and products.

Situated at 1299 Northside Drive in the development more commonly known as Northside & 17th, the forthcoming McAlister's Deli will the first in Atlanta and will be a new prototype and "test location" for the restaurant chain.

"Based on more than a year's worth of guest insights and research, the West Midtown McAlister's will be the fast-casual brand's first restaurant to feature new design elements focused on guest convenience, accessibility and touchpoints that evoke the importance of community," according to the press release. 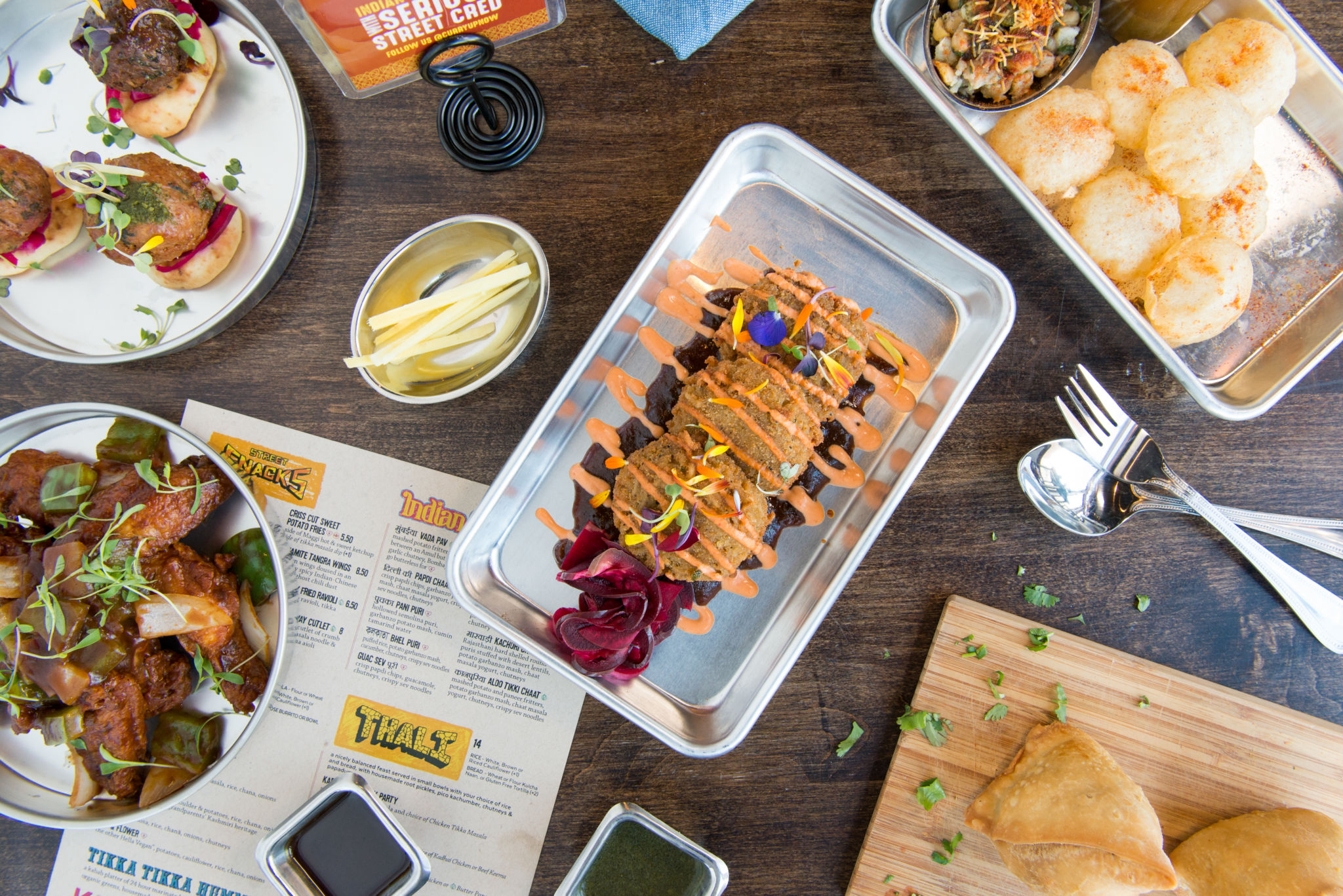 Plans for the fast-casual Indian eatery's expansion into the market were first unveiled in April. 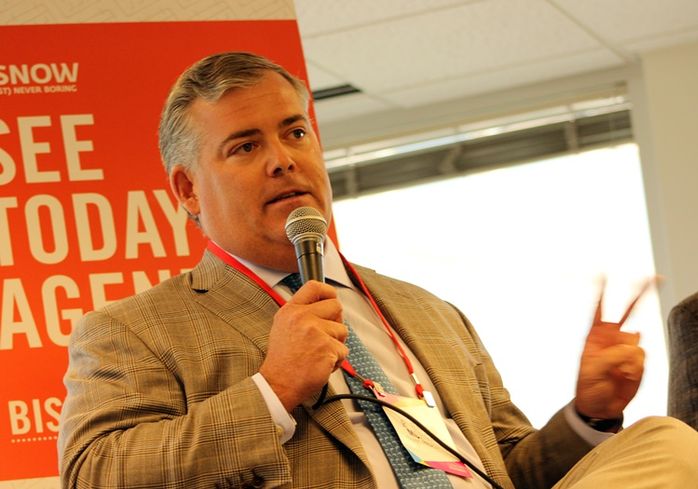 Brand Properties is taking its proposal for a new apartment complex at the corner of Sugarloaf Parkway and Duluth Highway to the Gwinnett County Board of Commissioners.

The anchor of the Fuqua Development project is a Publix GreenWise organic store, as noted here last month. 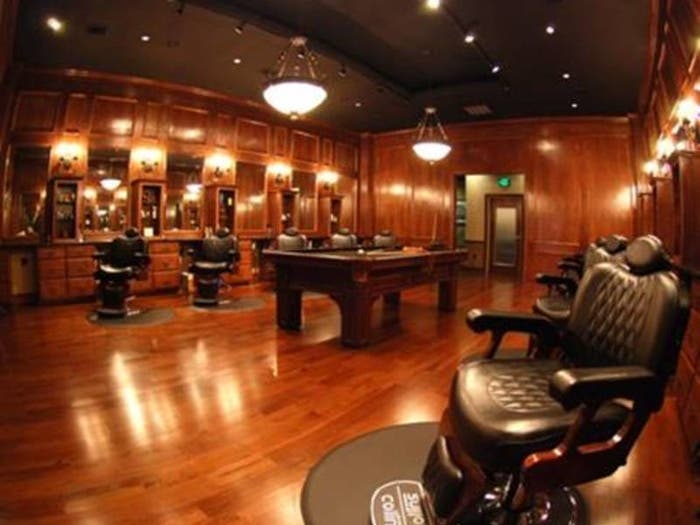 PEACHTREE CORNERS, GA - Boardroom Salon for Men announces the opening of its third location in the Atlanta area. The new salon will open in Peachtree Corners Dec. 7 at 5210 Town Center Boulevard in Suite 230, growing the Texas-based company's footprint to 33 salons total. Two additional openings are planned for the market by early next year. Boardroom previously opened salons in Alpharetta at Avalon, as well as in Atlanta at Brighten Park. 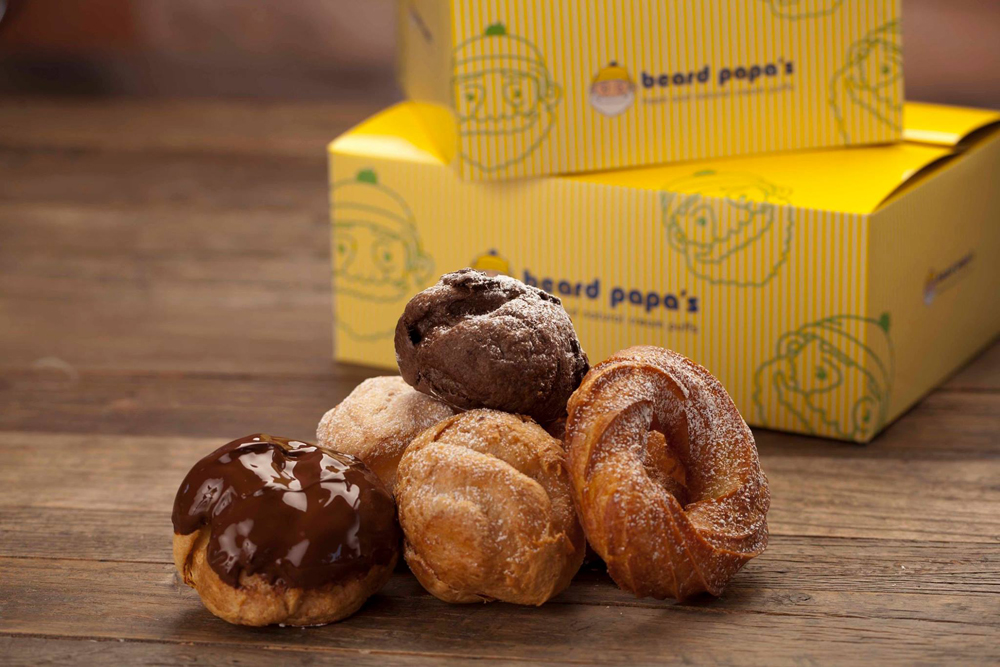 Cream puffs could be available in the Town Center development late-January 2019.

Slated to debut late-January or early-February 2019, the forthcoming Beard Papa's will be housed in the Peachtree Corners Town Center development. One of the oldest falafel shops in New York City is coming to Atlanta.

The restaurant said it signed a six-unit franchise deal with Kalki Patel and Parimal Patel to open locations in Atlanta and Athens. Mamoun Falafel's partners with Fransmart, a franchise development company, that backs chain brands such as Five Guys Burgers and Fries, The Halal Guys and Qdoba Mexican Grill. 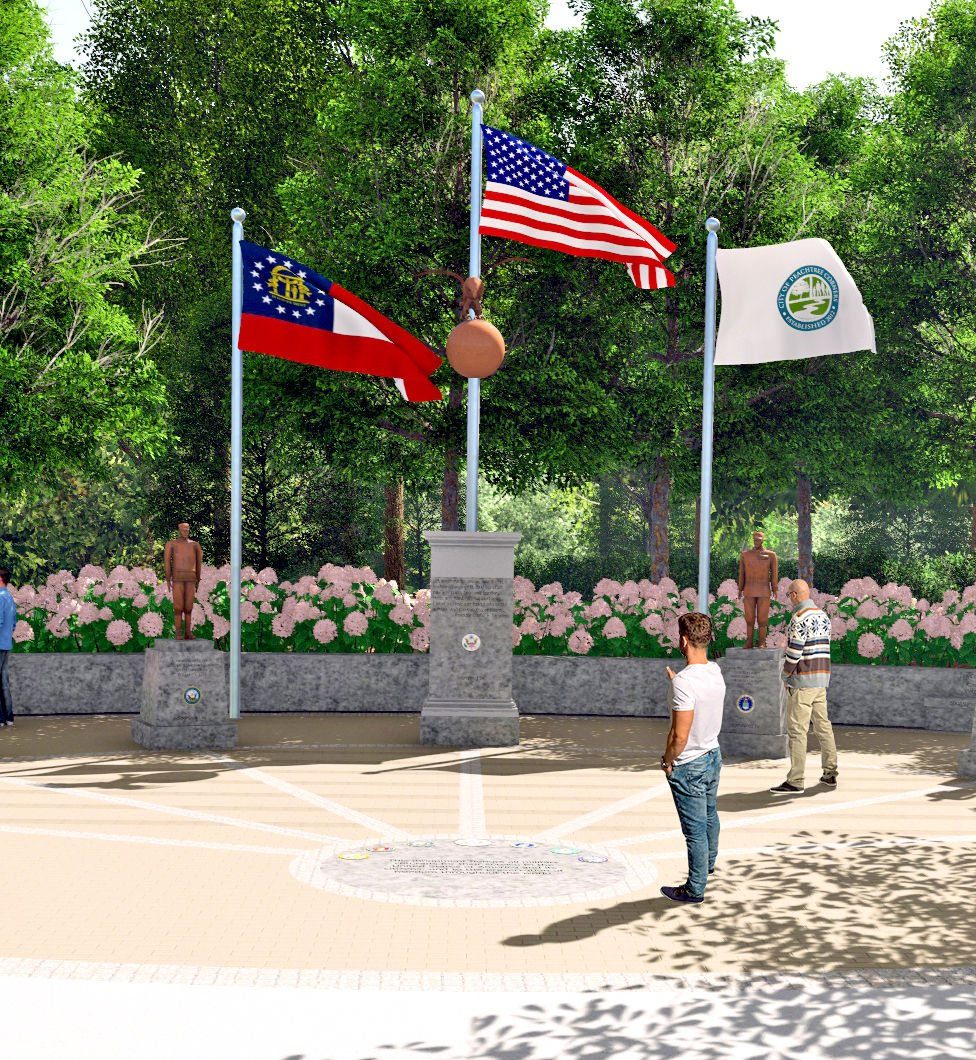 Peachtree Corners officials are set to gather later this week to break ground on a tribute to military veterans in the area.

Boardroom Salon for Men, a leader of the men's grooming industry, announced the opening of its third location in the Atlanta area. The new salon will open in Peachtree Corners on Dec. 7 at 5210 Town Center Boulevard in Suite 230, growing the Texas-based company's footprint to 33 salons total. Three additional openings are planned for the market next year, including in Buckhead, Vinings and Madison Yards. Boardroom previously opened salons in Alpharetta at Avalon, as well as in Atlanta at Brighten Park.

Gwinnett County's Board of Commissioners gave the final go-ahead Tuesday night to a large mixed-use project pitched near the Mall of Georgia - a development that would include hundreds of apartments, retail and restaurant space, and a large "golf entertainment complex" whose renderings bear a striking resemblance to a well-known chain of such facilities. 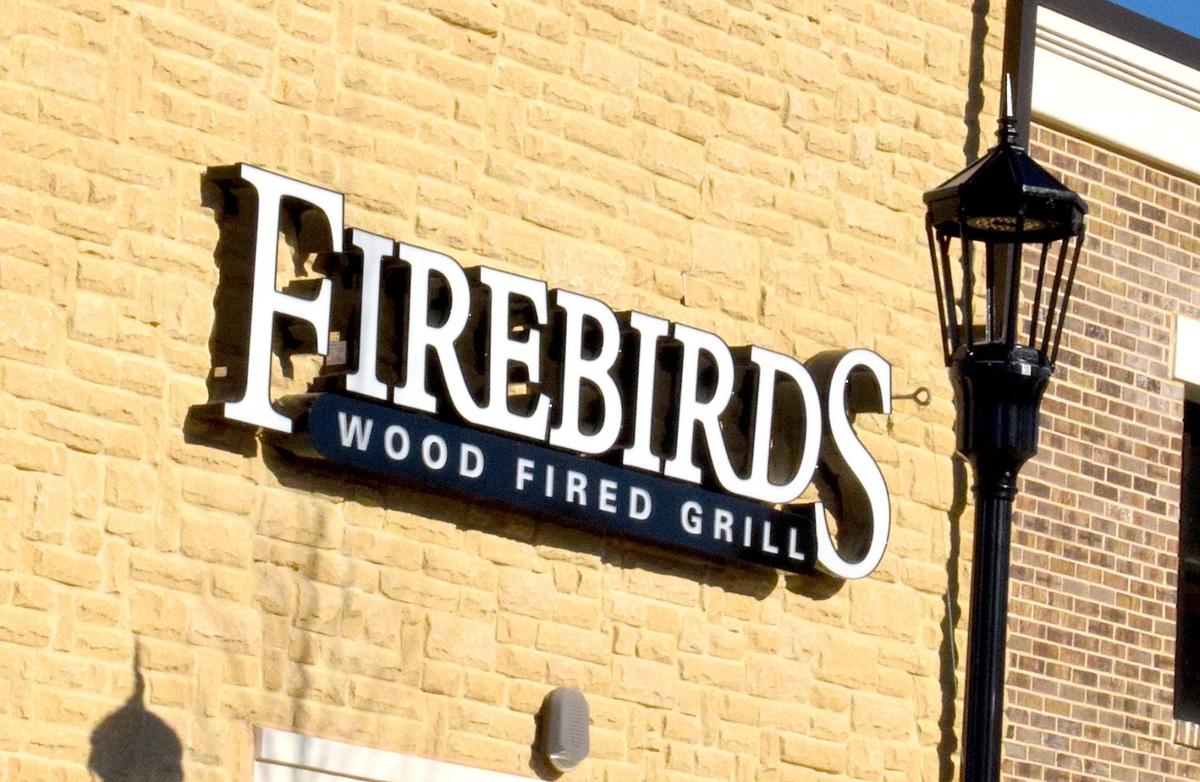 One of the restaurants that will serve diners in Peachtree Corners' Town Center development will soon open its doors, but it will take a little longer than initially expected.

A spokesperson for Firebirds Wood Fired Grill, which had recently announced it will open in early December at the Town Center, told the Daily Post on Monday that the opening has been pushed back to mid-January.

Read Full Article
As Retail Becomes More Urbanized, Retailers Cling To Their Parking Ratios Of The Past
BIS Now | December 7, 2018 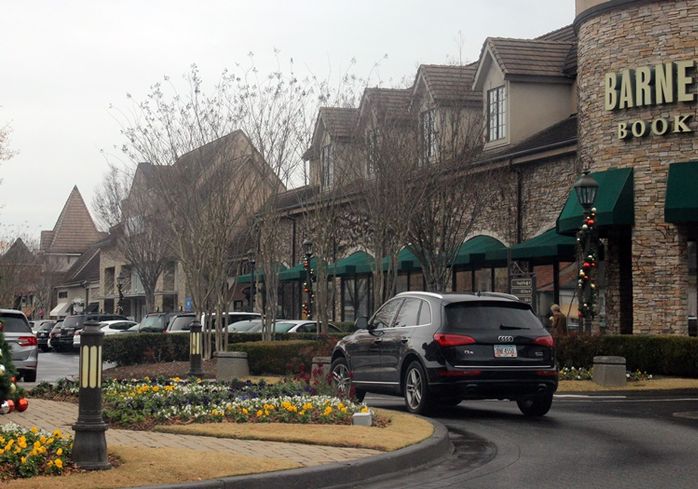 Coffee roasters Batdorf & Bronson was close to opening one of its popular Dancing Goats Coffee Bar locations at Atlantic Station, a landmark mixed-use project in Atlanta, but the lack of parking kept the cafe from signing on the dotted line. Atlantic Station does not lack parking, however. An ocean of 7,000 spaces sits underneath the mini-city developed by Hines in Midtown Atlanta.

Atlantic Station does not lack parking, however. An ocean of 7,000 spaces sits underneath the mini-city developed by Hines in Midtown Atlanta.